The current incarnation of Taste of Arcadia was initially held on the infield at Santa Anita Park for a period of time. The Chamber continued to host the food and wine event at Santa Anita for a few years under various names, including the Festival of Food, before it outgrew the space.  The Chamber then decided to move it to the L.A. County Arboretum and Botanic Garden several years later, adopting the name ‘Taste of Arcadia.’

It wasn’t until the mid 2000’s that the event really came into its own, creating its own sense of style and elegance. The now famous peacock wine glass combo logo was also created for the event.  In 2017, the Taste of Arcadia adopted the subtitle, ‘With a Side of Business,’ for the Business Showcase.

Here Is How It All Started:

The Taste started as a Wine Shed Mixer, which was subtitled ‘A Taste of Arcadia.’ 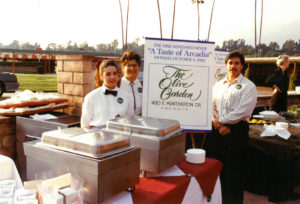 In 1999, the “Wine Shed Mixer” was inherited from the Arcadia Tournament of Roses Association. 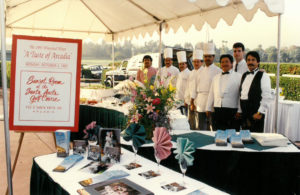 In the early 2000’s the event was called the Festival of Food, held at Santa Anita Park. 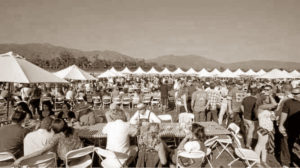 In the mid 2000’s, the event was renamed “Taste of Arcadia” and moved to the Arboretum. 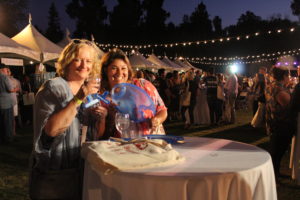 More Of The Same… But Better!

Don’t miss out on one of the most attended events in Arcadia!